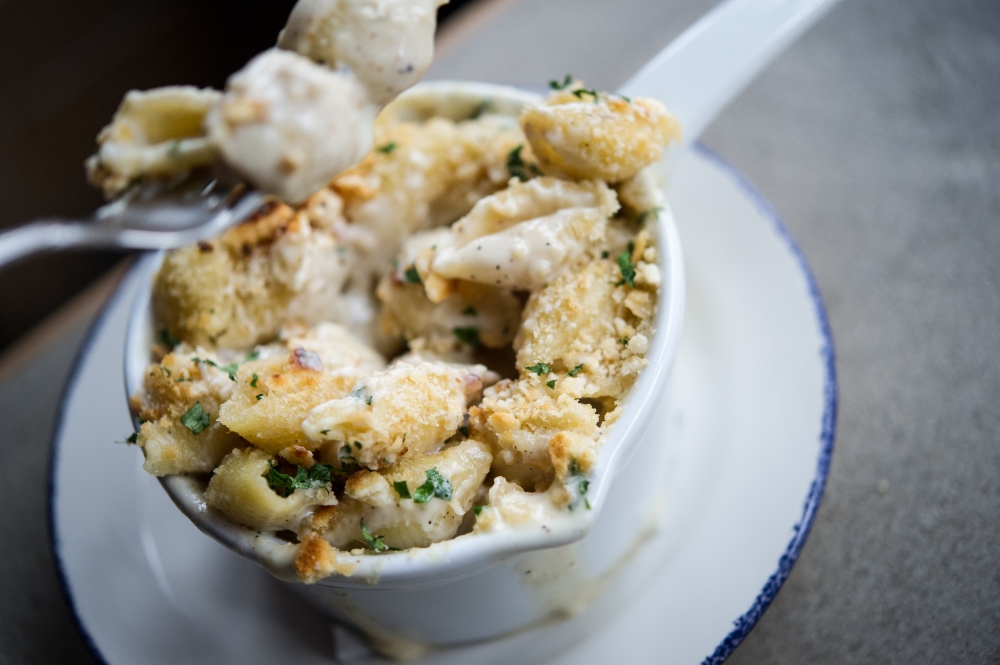 Today is certainly a day to be thinking about macaroni and cheese. The latest snowpocalypse is nigh, friends! So, on to warmer subjects: last week I had the pleasure of dining with my friend Pamela and the owner of Sweet Chick, John Seymour. If you haven’t been, this place specializes in fried chicken and waffles, so it goes without saying that they serve a good, ol’ Southern mac and cheese.

As you can see from the photo, Sweet Chick uses shells for their pasta. Great choice (underutilized, no?), since so much sauce can pool into the crevice. The sauce itself is very white: if I could guess I would say this is primarily a white-cheddar based concoction; it’s more creamy than sharp. A sprinkling of breadcrumbs gives a little crunch, but this isn’t a crusty-top mac.

The flavor is mild, pretty similar to Birds and Bubbles, in fact, which makes sense since both specialize in Southern cuisine. As this is served as a side and not a main course, I would recommend ordering alongside the waffles. Hell, go crazy and slather some on top! Also, is there ever a time when it’s not advisable to order waffles?

No? Didn’t think so.